The Solution For Difficult Dog Nail Trims: The Grooming Sling

This is a step by step tutorial of how to use what is, in my opinion, the most effective tool for helping dogs who are fearful of nail trims. I have tried every technique out there with my dog Mudd, who developed a phobia of foot handling due to a chronic, brown nail. The nail ultimately had to be completely removed. In addition to that he has had to be put under numerous times for ripped nails. His nails grow like weeds. My attempts to trim them over the years led to a build in Mudd’s distrust of me when it came to doing anything to his body. This was heartbreaking and I knew that there had to be a solution that he would be comfortable with.

The result you will see in this video took months upon months to create. Mudd was not one of those dogs that you see in some videos where they put the dog in the sling and magically they just hang there and allow the clipping. First of all, he would not even wear the sling. He would only let us put it on him as a jacket. You can see the other video of me conditioning him to wear the sling on our YouTube channel. Even after getting him to be comfortable wearing the sling, once we actually had him hanging, he would still thrash and try to bite. Long story short, this took essentially months of consistency to accomplish this result. Hopefully most of you out there don’t have a dog as difficult as Mudd and that using this sling will really be a game changer off the bat, but you also must prepare that it may not be that simple.

I consider Mudd’s case to be the worst of the worst. Therefore, I am so happy to share these little tips and tricks of the trade that have taken us from worst case scenario, to an easy-breezy five minute procedure. 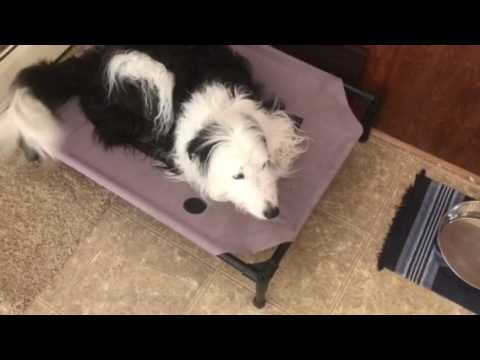 Anxiety in Pet Dogs and CBD

Anxiety is probably the biggest emotional issue in pet dogs today. They are anxious for so many reasons: they are not performing job/tasks for what

Half of Dog Training is Doing Nothing

Dogs don’t know how to do nothing. They’re really bad at it and they need our help at making them feel like it is a

Is a Dog’s Comfort Zone Really That Comfortable?